Look for our other power house photos of:
DELTA - AMES - TELLURIDE and OURAY. 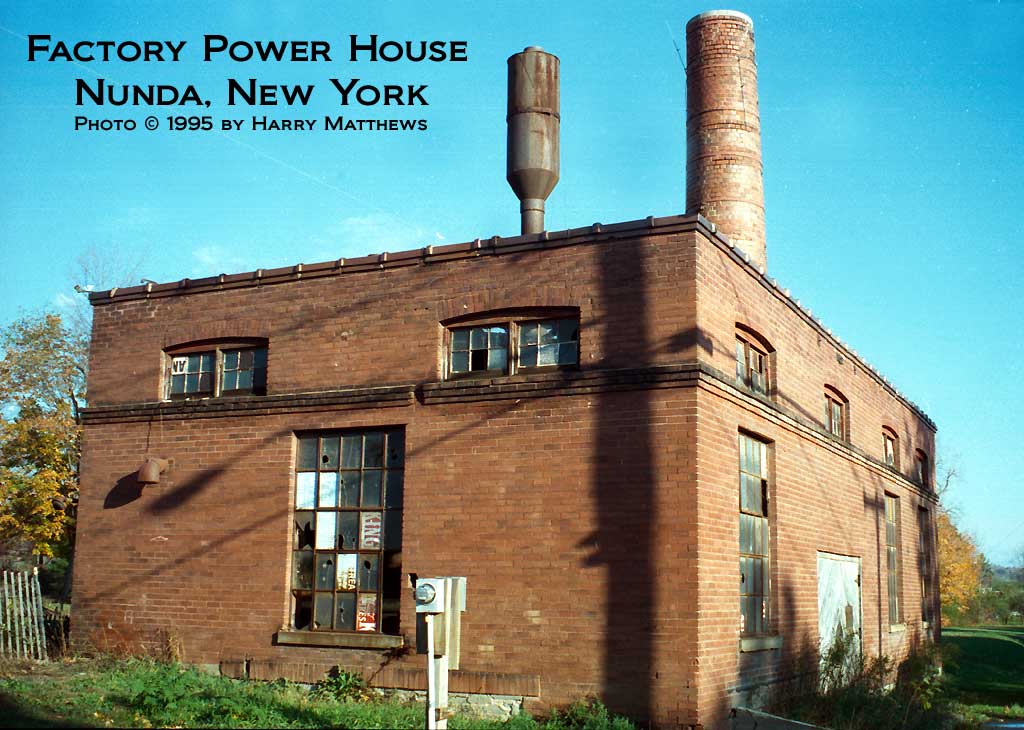 Click on the menu items at the left to see inside the Power House!

"While searching the internet the other evening I came across your site on the Fairbanks-Morse engine taken from a factory in Nunda NY which is now at Alexander NY on the grounds of the Western NY Gas and Steam Club. The factory was originally home to the Foote Manufacturing Company owned by my Great Grandfather and Great Uncle. The company was established in 1898 and manufactured cement mixers and starting in 1931 black top pavers. There are many historical highlights associated with the company. First and foremost the two brothers are credited with creating the first gas powered cement mixer in 1897 using a Lambert gasoline engine. By 1901 they had completed a 6 h.p. engine of their own design. In 1903 the first factory was built and in 1915 the factory where the Fairbanks-Morse came from was built.

In 1932 the company came out with the Adnun ( Nunda spelled backwards) the first self propelled, non-form riding asphalt paver. During World War II, the company had an exclusive contract with the U.S. Government to produce cement mixer/pavers for the military. They were used to make the runways for Army and Navy aircraft. In 1943 the Company was awarded the Army and Navy "E" Award for excellence in manufacturing. The company was awarded this two more times before the end of the war. In 1948 the company was bought by the Blaw-Knox Company and continued to manufacture mixers and pavers until 1956 when the factory was again sold.


I recently spent the day with Ken Goodman, President of the Western N.Y. Gas and Steam organization. We went out to see the Fairbanks-Morse engine but unfortunately it was a nasty day out and the engine was under a tarp so I did not get a good look at it. However that same night I found your site while looking for information on Fairbanks-Morse and was surprised and delighted.


I have been researching my family history for a little over a year and have found myself concentrating my efforts on the history of the factory and the machines that were produced there. I have visited the Nunda and Livingston Historical society and have found quite a bit of information along with things saved within the family. 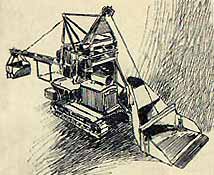 As I continue to find more information I am increasingly determined to accomplish something. I have a great desire to locate and then restore at least one of these machines, preferably a MultiFoote Paver, that being the name of the cement mixers. This is where I was hoping you might be able to help me. I can see from your many sites that you are fairly well traveled and attend many engine shows across the country. The MultiFoote machines were shipped from Nunda to construction companies throughout the country as well as Canada and at least two to Australia. Thousands were produced over the years and I have to believe that at least one in some shape or form exists somewhere. My intent is to seek the help from as many people as I can who have an interest in these things until I find one.

Look for our other power house photos of DELTA - AMES - TELLURIDE and OURAY.